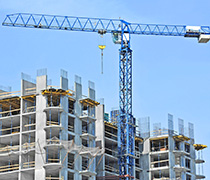 Production of Peikko concrete connections and composite structures has expanded rapidly in recent years as the Group has internationalised. The Lahti-based family-owned company is now looking for new growth from Asia, with a long-term strategy for creating a strong foothold.

Production in China, begun in 2011, will play a key role. In 2013 it expanded its output there when it moved into new premises in Zhangjiang, Shanghai.

Finnfund has provided finance for the expansion project, which has trebled its production area. Peikko has also invested in new machinery and production lines in China. It employs about 100 people there.

Its other Asia-Pacific customers are in Australia, Singapore, Malaysia and Indonesia. The key customer groups are producers of concrete elements and contractors who build specialized flooring, such as the high load-bearing floors of factories and logistics centres.

The company is aiming at a gradually expansion of its clientele in the Asia-Pacific region. Its new production plant in China will provide a reliable response to growing regional demand. It believes that its business strengths lie in innovative solutions that make construction faster, easier and safer.

In spring 2015 Peikko Group signed a major contract to supply the foundation solution for a large wind park being built near Lake Turkana in north-eastern Kenya. Deliveries will begin in April 2015. Finnfund is one of the institutions financing the Lake Turkana project.