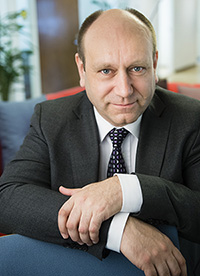 In 2016 the world made great strides, forwards and backwards. Climate change was unrelenting and ice cover at the North Pole shrank alarmingly, but the world’s wealthiest superpower elected a president who seeks to increase the use of coal. On the other hand, greenhouse gas emissions stopped rising and the triumphal advance of renewable energy continued.

Average living conditions for the peoples of the world went on improving but there was a setback in the poorest continent, Africa. Export prices fell and, for the first time in two decades, incomes did not increase for the majority of Africans. Fortunately the downtick was brief and the upward trend has resumed in 2017. Since the turn of the millennium, life expectancy in Africa has already risen by nearly 10 years, faster than in any other continent ever.

Conflicts and drought caused great suffering in 2016, especially in the Middle East and the Horn of Africa, but the lack of rain in Ethiopia did not inflict the mass famine that was feared. For millions of Ethiopians, living standards and food security have risen to a sustainable level in the past few years; they are now better insulated from the plunge into scarcity.

Work and wellbeing for growing population?

People under 30 account for half of the world’s population and most of them live in developing countries. Where will they find work and income to support themselves and their families? The great challenges of our era will not solve themselves. Achieving the objectives of sustainable development agreed by UN member states will require money, skills and the efforts of the private sector, too. Finland has developed much clean and lean technology that will be needed to help solve the complex problems of the developing world, and is pledged to promoting it in poor countries. Finnfund is one of Finland’s tools for mobilising corporate investments and know-how for developing countries.

Discussions about Finnfund’s role and extra funding for it began in 2015 and continued in 2016. The government ultimately decided in November to grant Finnfund a long-term 130 million euros loan. In anticipation, we made investment decisions of more than 150 million euros last year. Renewable energy projects alone have received investment approvals totalling over 100 million euros since the government and parliament decided to strengthen our resources in 2015. These and many others of our investments will curb climate change, for example by saving energy or helping poor people adapt to climatic challenges.

Finnfund focuses on projects for reducing climate change that can also have the greatest effects on living standards in developing countries. Today, a led lamp powered by a solar panel or a wind turbine is also generally cheaper than using a kerosene lamp that also causes indoor air pollution. Electric light also supports the schooling of children, as well as enterprise and work by adults to support the family.

In 2016 Finnfund projects and operations were subject to growing interest but also review. There are many people now interested in Finnfund who had not previously known about it or the operations of development finance institutions. This is an important opportunity for us.

We continue to strive towards greater transparency in the company’s operations and more dialogue with stakeholders such as civic organisations and companies, in Finland and abroad. An example of this is our new disclosure policy, adopted in September. When we sign new deals, we also agree with our clients to disclose more information than before.

We had many successful projects in 2016. The largest investment in our company’s history, the wind power project at Lake Turkana in Kenya, stayed on schedule and within budget. All the turbines of Africa’s largest wind park were erected by early 2017. As soon as the transmission line commissioned by the government of Kenya is completed, millions of Kenyans will receive non-polluting low-price electricity.

In addition to supplying electricity to the grid from wind and solar parks, Finnfund is indirectly financing small-scale solutions, where roof-mounted panels generate electricity for households, schools, clinics and so on. Mobisol is expanding its operations to Kenya from Rwanda and Tanzania; its advantage is in using mobile money to push down the costs of payment by instalments.

In 2016 Finnfund was also a co-financer of Fuzu, a Finnish-Kenyan mobile application in use in Nairobi, which brings job applicants and employers together. More than 120 million new job-seekers will enter Africa’s labour market this decade.

One of Finnfund’s projects in Asia concerned Prasac, a Cambodian microfinance institution. We granted a loan to Prasac, which offers banking services to small and medium-sized enterprises such as farms and shops, especially those run by women.

There was also an unfortunate setback in our projects as the situation surrounding the Agua Zarca hydropower project in Honduras became inflamed. The project company was accused of being linked to the murder of Berta Cáceres, an internationally respected environmental activist. Finnfund sternly condemned the violence and demanded that the murder be investigated. Unfortunately the investigation is still ongoing at the time of writing.

Finnfund has financed successful projects in Honduras over the years. However, the situation surrounding Agua Zarca has become so exceptional that, together with its main financier, FMO of The Netherlands, we have announced that we are seeking a responsible withdrawal from the project. This work is ongoing.

Like other development finance institutions, Finnfund’s mission is to operate in difficult places and to accept financial and operational risks that exceed the propensity of commercial finance. We mobilise new money flows to promote sustainable development. We require projects to be executed in a responsible way, from environmental, human and financial perspectives. Our target customers are businesses that are often already pioneers in their field and, with our assistance, can seek to do even better. We often leverage a whole sector at the same time, and make the local community more sustainable. It is not easy but it is our job. We seek to be an agent and facilitator of change.

This role will become more pronounced as Finnfund’s focus shifts further towards very poor and fragile countries. Of new investment decisions in 2016, 82 percent were made in low-income and lower middle-income countries. As previously, the capital injected by the Finnish government will facilitate growth, but disbursements are mostly financed from project repayments and returns, as well as through borrowing from capital markets.

It is our responsibility to do things as well as we can, using the tools at our disposal. We must also develop and enhance our operations continuously. In 2016 this included improvements in the project preparation process, developing proactive analysis of political risks in target countries, and improving human rights assessments to be more closely aligned with UN Guiding Principles. By financing profitable and responsible projects we increase the resources that become available for new projects.

I would like to thank Finnfund’s customers, staff and other stakeholders for their cooperation and interaction in 2016.